Born to a family of lower nobility, the most that was expected of her was to marry into a good family. Ida Ferenczy disappointed her parents on that front – but isn’t it much better to be the best friend of an Empress?

The Ferenczys of Kecskemét in the Hungarian plains already had three children when Ida was born in 1839, and they would go on to have two more. Like her sisters, she was sent to school to become a proper lady, learning how to read and write as well as the basics of the German language. But Ida longed for knowledge, so she devoured all the books she could find, teaching herself where her teachers failed her. She even got the attention of a professional writer, Ida Miticzky, and so she was trained in the art of reading aloud when she was around twenty years old.

It was around that time that Empress Elisabeth of Austria, who was about the same age as her, began to learn the Hungarian language and decided to surround herself with Hungarian ladies. She had always been fond of the country and having been crowned its Queen, her love only grew. Feeling trapped in the strict conventions of Austrian court, she fled to Gödöllő Palace in Budapest as often as possible, enjoying the looser etiquette and winning the favor of the people. Sisi, as she was nicknamed, soon realized she would much prefer to be surrounded by Hungarian ladies all the time and promptly she was given a list from which to choose. The last name on this list was that of Isa Ferenczy. This was highly peculiar, you see, as she was not technically qualified for her job, her status as rural nobility not acceptable at the Imperial Court. On top of this minor scandal, Ida’s name had been added to the list in a different handwriting than the others. And of all the names, Empress Elisabeth picked hers! She sent for Ida’s picture and for the real girl shortly after. Of course the picture on the left was painted much later, but I think it captures her kind heart very well.

The two women met in 1864 and connected immediately. Ida had known of the Empress’ beauty, but her wit and charms impressed her even more. Elisabeth was taken by Ida’s honesty and her open mind, authenticity being a scarce trait in higher nobility. And even though she could never become a true lady of the court due to her high-but-not-high-enough birth, Elisabeth insisted she stayed, making her her official reader.

Soon a close friendship formed between the two women, Ida was allowed in her chambers at all times and became the only one Elisabeth addressed by first name. Even though she was never fully accepted and even avoided at court due to her nationality, Ida was happy. Never once did she want to leave, even if that meant to never marry, loving her Empress with all her heart. So loyal was she that she even partook in royal mischief. On a masked ball for example she helped Sisi flirting with a guest under the guise of anonymity. Even though the gentleman in question did recognize her, Ida made sure Elisabeth never found out about it, making it possible for her to enjoy a few careless moments in the middle of strict court etiquette.

Although Ida never took advantage of her position, she did help a lot with Hungarian-Austrian relations, facilitating many important contacts, which earned her the Emperor’s respect as well. It was thanks to her that Sisi met Count Gyula Andrássy, a pardoned Hungarian revolutionary, who would become a lifelong friend and confidante. Frequent trips to Ida’s home country, on many of which Andrássy accompanied them as well, soon became lengthy trips all over Europe.

The Empress loved to travel and Ida was by her side. They went to see the ancient ruins of Troja and Ida was there when Sisi got a little anchor tattooed on her shoulder in Greece. Greece was the “home of her soul,” as Elisabeth called it, and they spent a lot of time on Corfu, her favourite place in the world. She even built a palace there, the Achilleion, where she spent a lot of time – Ida always there with her. Having taught Sisi in Hungarian language and culture for so many years, she now learned new things again herself! Elisabeth was just as hungry for knowledge as she was and hired local teachers and guides wherever she went. 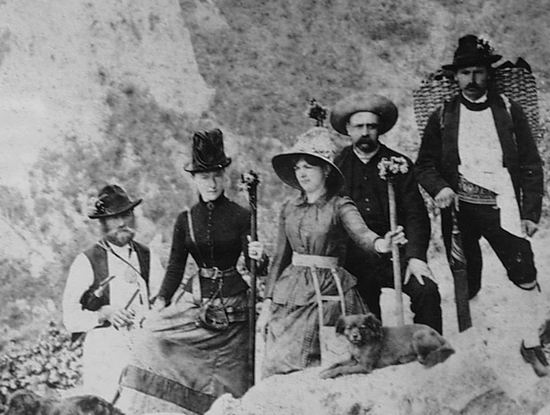 The long journeys, which often included long walks on foot through rough terrain eventually had their toll on the Empress’ entourage however and in 1890 Marie Festetics, who had been in Elisabeth’s service for not quite as long as Ida but became a close friend to both women quickly, broke her ankle. And Ida too began to feel too old for the strenuous travels without much rest inbetween. So with a heavy heart both, Ida and Marie were deployed to in-house duties. But not before Ida was given the Order of the Starry Cross for her loyal service. The Imperial Court, especially the empress dowager, was not too happy about it, but Elisabeth really pressed for it. So as not to travel all by herself, she hired two young Hungarian noblewomen for company but never got just as close with them. And whenever she was at the Imperial Palace in Vienna, she spent time with Ida and Marie. In turn Ida befriended Sisi’s fourth and favourite child, daughter Marie Valerie, who was called “the Hungarian child” for her place of birth.

Eight happy years they lived like that, until Elisabeth’s tragic death in 1898. Her murder hit Ida hard, having spent almost forty years at her side – “I have lost everything,” she exclaimed upon hearing the news. In the last picture ever taken of the Empress, Ida is standing next to her.

Marie Valerie asked Ida to help her with bringing her mother’s estate in order and entrusted her with a majority of Sisi’s literary remains. And Ida never disappointed that trust, keeping the inheritance until her own death. Death however should not come soon. First she and the other Hungarian ladies were forced to move out ot the palace. Fortunately Marie Festetics, who had always been a woman of foresight, had been prepared for an event like this ever since she broke her foot. She had rented an apartment in Vienna already and managed to have Ida move in right next door. Giving each other comfort, both women worked through the death differently. Marie began to travel again (albeit not as recklessly as before), visiting the places she had seen with Elisabeth, while Ida went to Budapest to open a museum dedicated to her. It survived until World War II but was unfortunately destroyed then. 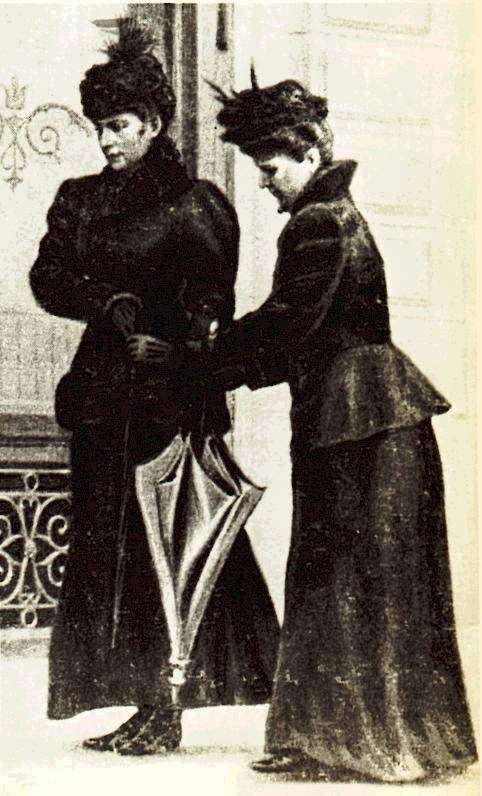 Ida survived her beloved Empress for thirty “long years,” as she said herself. She also lived through the deaths of Maria Fesetics, her long-time friend and companion, and Marie Valerie, the Hungarian child, only one year apart. Finally in 1928 she found rest as well, dying at age 89. Her body was taken back to Kecskemét, where she had been born all those years, a lifetime, ago and interred in the family tomb.