This is the story of a survivor. Adopted and sent to a faraway land, she made it her home while keeping her cultural heritage alive. She built up several businesses and survived many a catastrophe, all while founding her own family. I present to you: Lee Toy Kim, later known as Granny Lum Loy.

Nothing is known of her early childhood, besides that she was born around 1884 in Shekki, southern China. Together with another girl named Lee Leung See, she was adopted by Fong Sui Wing, an entrepreneur who soon set sails to Australia with his new daughters in tow. They arrived in Darwin, Northern Territory, in 1898. The destruction a cyclone had wreaked the year before was still evident, but the small family did not lose courage and went to work. Soon their first grocery and general store was founded in the heart of Darwin’s Chinatown. Three more stores in the area would follow. Although she had never had a formal education and only spoke the Sze Yap dialect of her people, Lee Toy was able to work in her family’s Darwin store, having taught herself to read and write Cantonese. There she forged connections to the locals, slowly learning the language of her new country.

In 1901, when she was around 17, she met mining engineer Lum Loy and fell in love. In no time they were married and moved south to Pine Creek. Five years later their only child was born, a daughter they named Lizzie Yook Lin. After her husband died in 1918, widow Lum Loy moved her small family back to Darwin where she hoped for a better education for her daughter. And Lizzie did not disappoint her, working herself to the top of the class. Being a single mum wasn’t easy though, but she had a plan. She rented ten acres of land and single-handedly turned it into a mango orchard sporting about 200 trees she had all planted herself. In time her plantation grew into a fruit enterprise, exporting mangoes to the western part of the country.

In 1923 her daughter married prominent Chinese businessman Chin Loong Tang and they went on to add two more stores to the family business and nine children to the family itself. This would be the foundation of one of the largest Chinese families in Darwin, making her the matriarch. Now known as Granny Lum Loy, she continued her fruit export business for over ten more years until she decided to sell her orchard in 1935. The growing family returned to their original home in Darwin, where Chin Loong went off to attend business in Hong Kong, leaving the family café in the hands his wife and her mother. When her son-in-law returned, Granny Lum Loy found herself a little bored and purchased another block of land, this time turning it into a chicken farm. Every day she went from her house in the city to the outskirts of town, tending to her chickens and collecting the eggs, which she then sold to a local café. This was also around the time the second cyclone happened.

Then the war came. After the Pearl Harbor incident, her family evacuated Darwin and fled. Granny Lum Loy refused to leave. While she was on her daily morning visit to the Chinese temple however, a bomb hit Darwin in February 1942. Even though she still did not want to leave her home again, she saw that it was the most sensible thing to do. She reunited with her family and together they fled further south. Arriving in Alice Springs, Adelaide, they made a temporary home there, using their talents to set up a vegetable and fruit shop. After two years, her family decided to move to Sydney and Granny Lum Loy decided to go with them. It should not be a pleasant stay. Shortly after giving birth to her ninth child, Lizzie Yook Lin complained about pain in her kidneys and died in August 1945.

Only one month later the war ended and the family returned to Darwin. Granny Lum Loy was shocked to find her hometown in ruins, the land firmly placed in the government’s hands and Chinatown about to be demolished. The landowners were compensated for their lost land, although not exactly fairly. But our clever Granny managed to save her family’s property – albeit at the cost of her chicken farm. This was to be the last time she moved places in the remainder of her long life. Her grandson built her a small house and she proceeded to establish a wonderful garden on her property, growing many tropical fruits – yes, mangoes too. The third cyclone in her life should come in 1974. In the morning after the storm when people carefully began to move outside and oversee the damage, a figure could be spotted in the remains of her garden. It was Granny Lum Loy, 91 years old at the time, who was already beginning to work on its restauration. 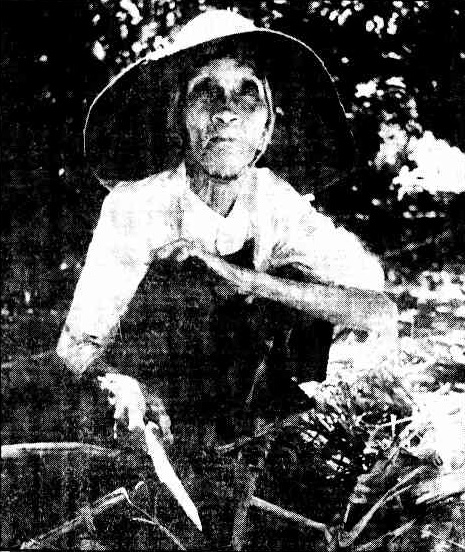 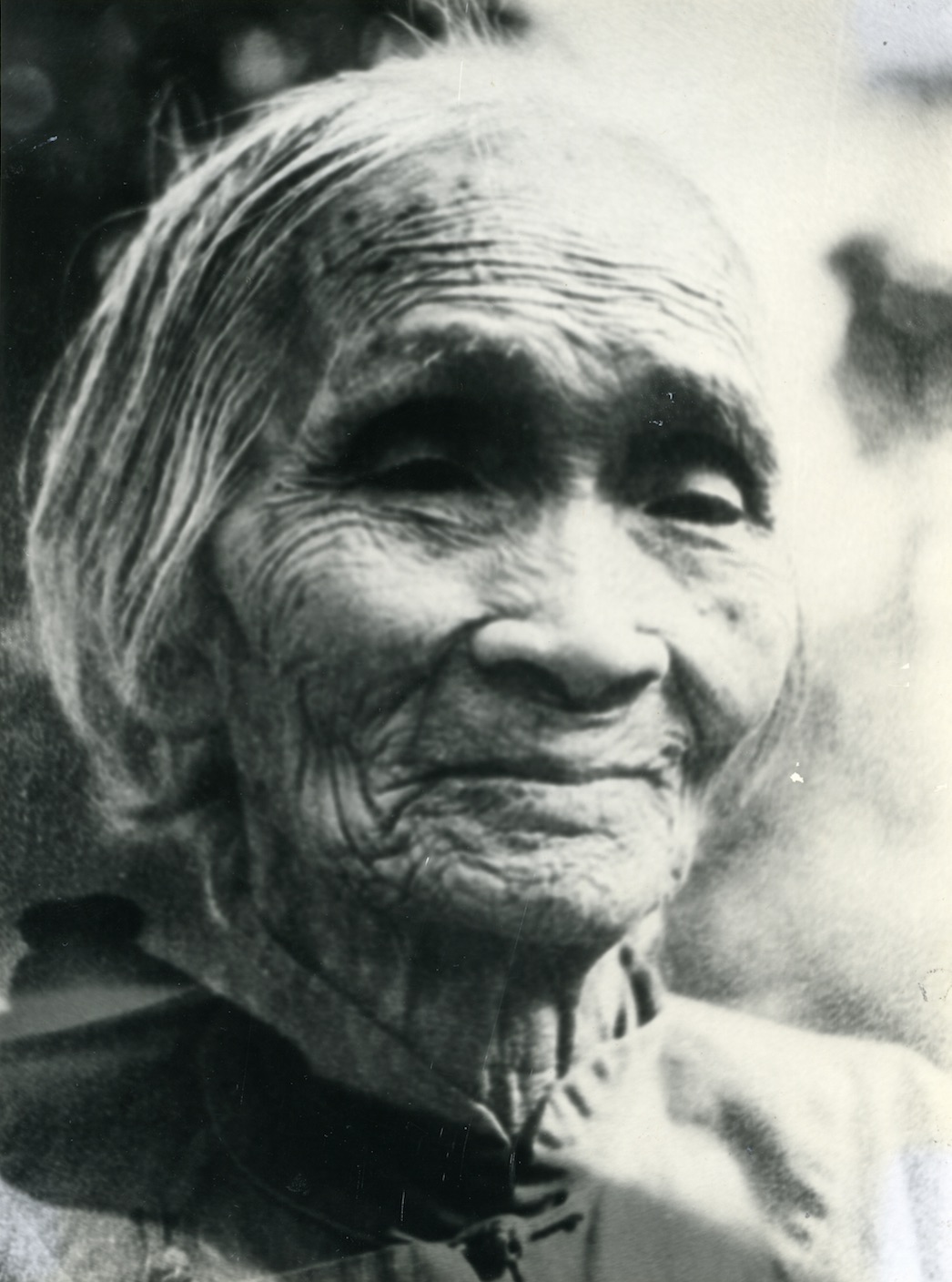 She became a prominent figure in Darwin’s social landscape, the Chinese gardener lady in her traditional clothes. So prominent indeed, that in 1979 painter Geoff la Gersche created a big portrait of her. She was overwhelmed. After all, in the China of her memory only emperors had their portraits painted! Her death one year later, when she was about 96 years old was mourned by many. Marking the end of an era, her funeral was the largest one the town had seen and would see for many years.