Did you know the world’s most powerful pirate was a woman? Her name was Zheng Yi Sao, or Madame Ching, who lived in the Qing Dynasty of ancient China and at one point commanded a fleet of about 1800 ships with more than 70000 men, terrifying the Imperial Navy. You can see her on the right, this is one of the very few authentic images of her. But let’s start at the beginning.

She was born on the coast of Southern China and like many women there, she later worked as a prostitute on one of the many swimming brothels. 1801, when she was 26 years old, the already quite powerful pirate captain Zheng Wenxian asked for her hand in marriage and bought her free. At first they went to Vietnam, where the pirate life was a lucrative one. The Zhengs shared every aspects of their lives – yes, the fighting too – life was good. 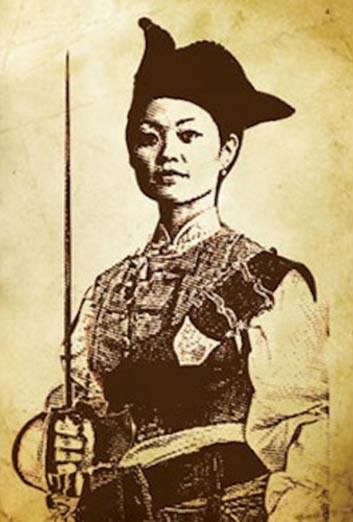 Unfortunately after just one year the pirates who had been allies in Vietnam, now found themselves competing for the limited ressources of the Chinese coastline again. That’s when the Zhengs started to work on a pirate alliance. In 1804/05, they had established a confederation of six pirate leaders, each commanding a fleet and all under their supreme command. Well, officially HIS supreme command, but that would change when he drowned in a Taifun in 1907, aged 42. Without hesitation Zheng Yi Sao assumed leadership – surprisingly without any uproar and soon she had earned the nickname “Dragonlady.” 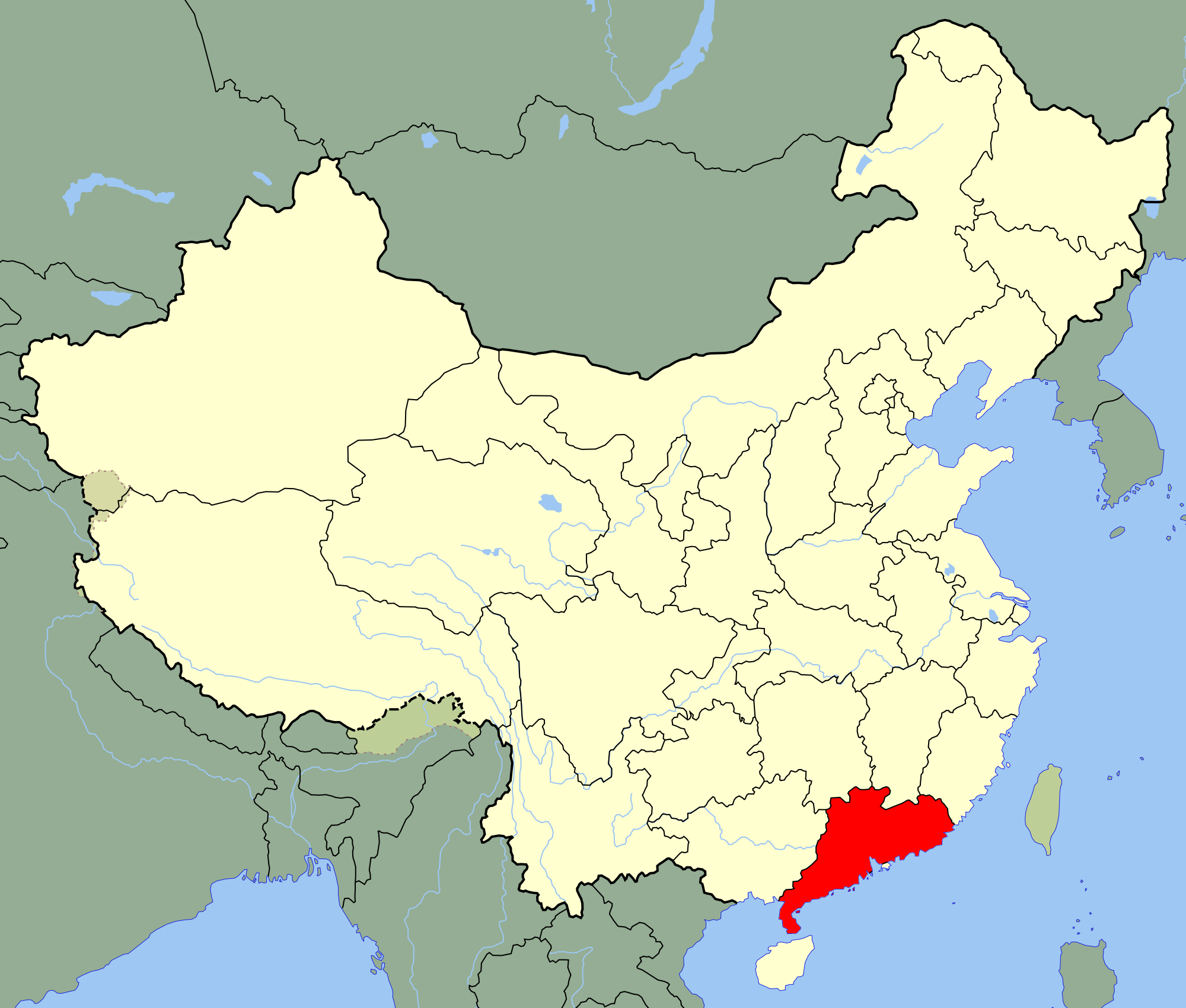 And she led well, delegating the command of her fleet to her adoptive son and lover (ignoring both, the mourning tradition and the incest taboo – which still did not diminish her authority) and implementing a strict code of rules. By 1808 (when she was 33) her alliance had brought the whole coast of the Guangdong province under their control (the red part in the picture), so that’s quite a bit of coastline they controlled there) and ships faring the Southern Chinese waters had to pay them for protection – so basically all the ships because the vast majority of trade routes went South. The salt and opium trade had also become a pirate monopoly.
And now the emperor finally had enough. The pirate problem was obviously out of control and his military offences kept failing. So in 1809 he took the desperate measure of forbidding all maritime traffic, all goods had to be transported by land. But well, hungry pirates are not necessarily tamer than well-fed ones, so that plan kinda backfired. Realizing the coast was dead, they began sailing the rivers, advancing into the inland. They frightened the people so bad, that they killed every stranger on sight, fearing him to be a disguised pirate. With no one left to oppose them, it was now time for inner conflicts. Gu Podai, the captain of the second-most powerful fleet in Zheng Yi Sao’s alliance (after hers), was not happy with the quick rise of her adoptive son and lover (whom she had appointed captain of her fleet), taking orders from someone so much younger and less accomplished did not go with his honor. And there was an opportunity: because the Imperial Navy was rendered completely powerless, the authorities offered rewards for pirated denouncing their trade. So Gu Podai left and he and his feared Black Fleet joined the Imperial Navy – not without a generous “compensation” of course. Not a critical change for the pirates but life had become uncomfortable. Zheng Yi Sao had to decide now: continue her pirate life or give up now, as long as the rewards were high? She made her decision and spoke before the governor on April 17, 1810 and three days later surrendered herself, 17318 pirates, 226 ships and 1315 cannons. Then she and her frenemy Gu Pao ran down the remaining pirates. Now the time for surrender was over, no more rewards. The power had shifted – once more thanks to Zheng Yi Sao. That same year the pirate queen retired, aged 35, and lived a happy and relatively quiet life. Just as quietly and entirely unobstructed she led a smuggling operation for opium and a gambling house. In 1844 she died in peace at 69 years old.
While she is certainly not an entirely forgotten “heroine” – I mean, she was in Pirates of the Caribbean – not many people know how powerful she really was and how she defied the rules of society to find happiness for herself. So this is why in my opinion she was the perfect opener for this project – a prostitute from the flower boats becoming a pirate queen, no, THE pirate queen. 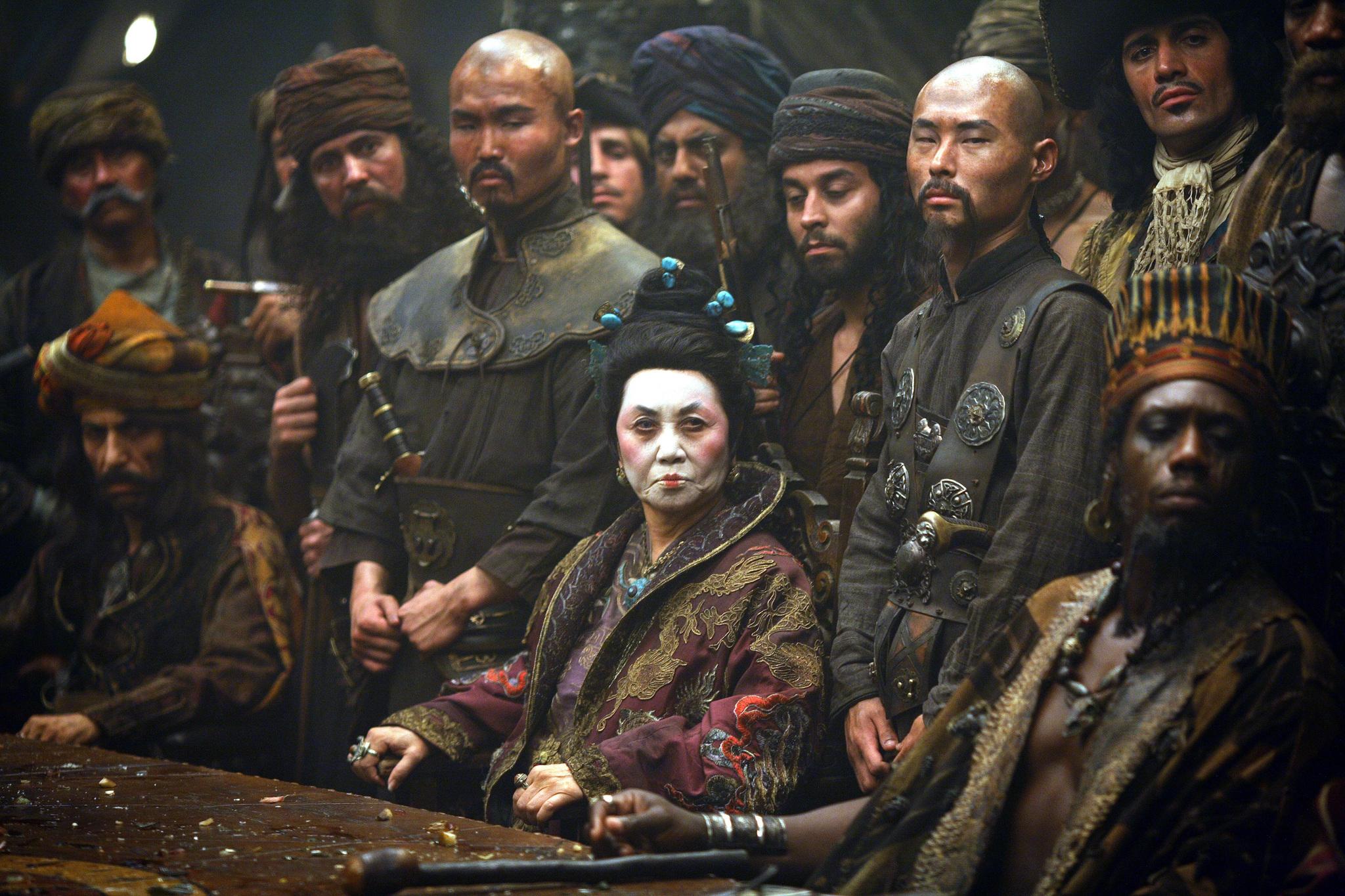